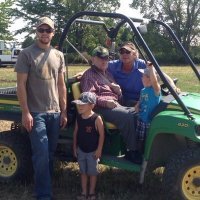 By Smitty5954, March 1 in Main Clubhouse

Put on 360kms yesterday. Saw a total of 6 sleds. It was a little crispy in the morning but the sun came out and loosened things up. Any road running was terrible and most tight bush sections were no d

crap the bed and left good and early this morning. Launched from broadhagen. On trails just before 8 back to truck and loaded by 12:30. 120mile run! Rode until the trails all closed around me. Off to

Did over 400Kms yesterday, 5,400 kms for the year, that's it for me as I think the trails will be done this week in D9 with all the mild weather predicted.   trails were excellent, although