Sold sled because of COVID

By GrizzlyGriff,
December 23, 2020 in Main Clubhouse 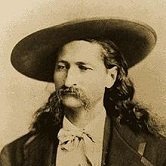 we sold our entire rental fleet . What a relief/

Especially if his Wife finds out his girlfriend is pregnant lol